My Prayers were answered!

The forecast freezing rain and black ice didn't materialise and my wanderer arrived safely at 1.30 last night.  Will be off-line for a while now whilst we catch up with her news!
Thanks for all your lovely comments on my previous post.
Posted by Marigold Jam at 10:58 19 comments: 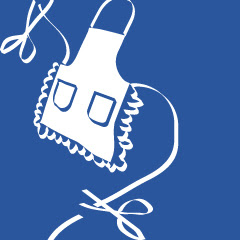 Image from Google
About 30 years ago I decided to join a group of other mothers for a game of badminton at the local sports centre which had a creche in which we would be able to leave our babies all about 8 or 9 months old at the time.  After our game we retrieved our children and mine was distraught and wouldn't let me out of her sight - I couldn't even go to the toilet without her crawling after me!  So I told the other mums that I wouldn't be going next time as it was obvious to me that my first priority was to be with my child.  "Oh but you must leave her in the creche" said one of them "If you don't she will be tied to your apron strings for ever".  "Well so be it", I thought and for once I had the courage of my convictions even though when they were handing out maternal qualities I must have been looking the other way as I usually felt totally at sea and never had a clue what I was "supposed" to be doing, but this I did know if my daughter needed me near then that was where I would be.
Now 30 years later I am looking forward to seeing that child again after almost 2 years as my wanderer returns.  I am so proud of her independent spirit and remember the day 23 months ago when we waved her off on her journey to the other side of the world alone.  It was one of the hardest things I have ever done to encourage her to go when at the last minute she suffered from cold feet.  "You will always regret not giving it a go" said I whilst inside I was thinking "Stay here with Mummy"!!!    She has worked in hotels and bars in different places in Australia and even done some work on a cattle station where she looked after 3 children under 5 (she has never had the slightest interest in babies or small children - wonder where she got that from?!) .  She spent a couple of months traveling in South America with some girl she met on her travels, Christmas and the New Year in Thailand with another crowd of friends made along the way, traveled to Sumatra and from there to Malaysia on her own, she has had to be resourceful, independent, courageous and to use her own initiative all qualities which I hope will add to her CV rather than looking as if she has been bumming about doing nothing.  She will surely have a memory filled with different experiences both good and bad, a whole host of new friends made along the way and when she is old and sitting in her rocking chair I hope she will look back on these months and be glad she went.
I can't wait to see how she has changed - for such a once in a lifetime experience must surely have taught her many lessons.   Her flight arrives at Gatwick tomorrow evening - Sod's Law of course that she's picked the coldest spell in ages for her return - she tells me she was able to swap some of her summer things with another girl who had winter clothes ready for a trip to China but whose plans had gone awry.  She was off to buy something warmer than flip flops for her feet last I heard!  Now all I can do is pray that the forecast snow doesn't arrive before she gets here as she is hiring a car from the airport and driving here alone - she wouldn't let us go and meet her.
Apron strings eh?  I doubt you could find a more independent young woman even though I opted out of the badminton games!! 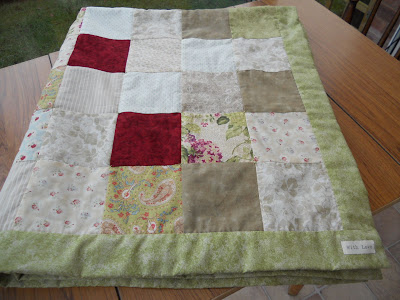 It's finished!  I can't tell you how proud I am to have actually made a patchwork quilt  - albeit a small lap quilt - I knew I must be able to do it but somehow I also knew I couldn't! 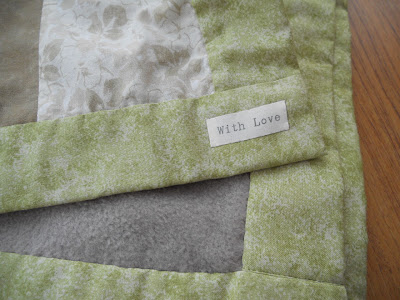 It certainly wouldn't win any prizes but it was made, as it says on the label, "With Love" and it's backed with soft fleece for a cosy cuddle which I am hoping will go some way towards keeping my wanderer warm on her return from sunnier climes!. (the photo makes the fleece look grey but it is a soft pale chocolate colour in reality!) 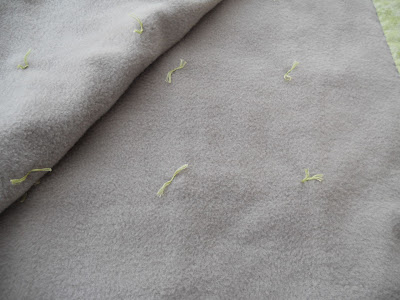 In the end I quilted it by knotting ties having attempted to stitch by hand "in the ditch",  I also tried hand stitching a quarter of an inch inside alternate squares but I could see it would take me far too long.  I toyed with the idea of sewing a small button on each corner of the squares but it might not have been so cuddly with little hard buttons all over it so I unpicked the stitching and resorted to ties - not sure I like the effect but it does the job and having done each with a surgeons' knot I am hopeful it won't all come undone! My fingers are sore from so much stitching - it was quite hard getting six strands of embroidery thread through the joins - and although I tried wearing a thimble I found that more trouble than it was worth.  I don't think I will be going in for patchwork in a big way though and think I was right and it isn't my metier!! And I am hoping she won't request a double bed sized one as if so I'll have to say "No way!" 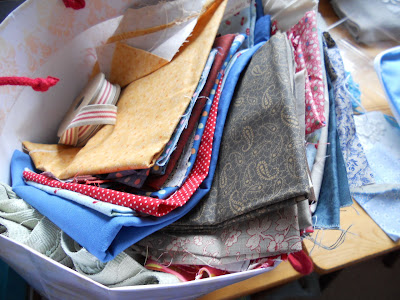 Having resolved to use up some of my stash of fabrics and being pleased to have made the quilt and used up some of the fabrics I had I met up with some friends on Thursday for another day of scrapbooking and they passed on to me a bag of fabrics!  I will certainly be able to make good use of them but it doesn't reduce my stash any!! 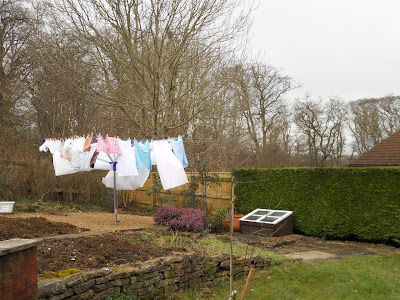 I think we must live in a micro climate here as having had a bitterly cold but dry few days we had some snow yesterday afternoon which had turned to rain as we went to bed.  This morning we woke to birdsong and sunshine and not a snowflake nor an ice crystal to be seen.  I got some washing out - wouldn't have been able to stand out there long enough without gloves yesterday and it would have frozen rather than dried of course - the sun was quite warm on my back as I pegged it up and this afternoon I have fetched most of it in dry and it's now ironed and in the airing cupboard.  Meanwhile I hear that flights from Heathrow have been cancelled and there are warnings of icy conditions on the roads and pictures of children sledging elsewhere but here the temperature is 10 degrees higher than on Friday and stands at a positively balmy 5 degrees!  I am not complaining though. 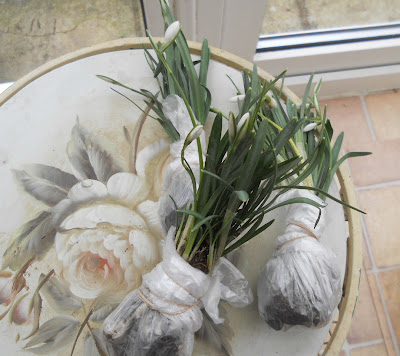 In the market at Sherborne yesterday I bought a few snowdrops in the green but wondered how I would be able to plant them as the ground was so frozen and left them in our unheated conservatory overnight - needn't have worried - they are snugly tucked in here and there in the garden where I notice their cousins are already poking through along with some primroses.
Thank you for all your kind comments on my previous post - every one much appreciated.
Posted by Marigold Jam at 15:38 31 comments: