We hadn't seen any signs of the badgers for months - the cull wasn't meant to have taken place in our area but perhaps it did or maybe the bedgers got wind of it and laid low. 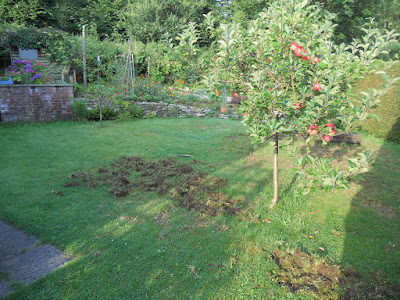 However this is the scene which greets us every morning lately - what a good job we are not lovers of striped lawns eh?! 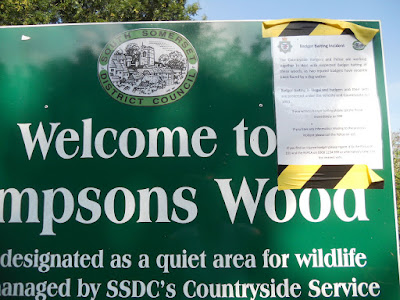 As you can see the wood adjoing our garden is "designated as a quiet area for wildlife" but... 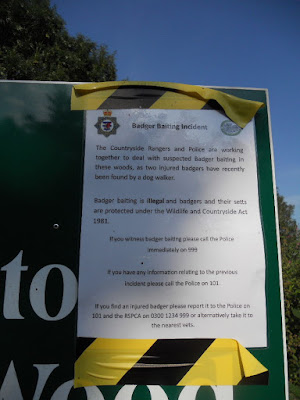 .... when I went through the wood to the Post Office recently I noticed this notice attached to the board.  I haven't seen nor heard any signs of badger baiting thank goodness but I wonder if the badgers can read and decided to take their revenge on the nearest garden!  You might have to enlarge this photo by clicking on it in order to be able to read it.

I must admit that I cannot imagine taking an injured badger to the nearest vet's they must be very heavy and would I imagine be somewhat agressive if injured so it's lucky I haven't come across one!

Not Forgetting The Whale

A news item on the web this morning:

Stock markets in London, Paris and Frankfurt have fallen sharply as fears of a Chinese economic slowdown continue to haunt investors.

London's FTSE 100 index was down by 2.6% in morning trade, while major markets in France and Germany lost nearly 3%.

Shares in Asia were hit overnight, with the Shanghai Composite in China closing down 8.5%, its worst close since 2007.

The Chinese authorities tried in vain to reassure investors.

In addition, oil prices have plunged to six-year lows, as traders worry about slowing growth in the world's second-largest economy.

Why might I be telling you about this you ask - well because it relates to the subject of a book which I have just finished reading. 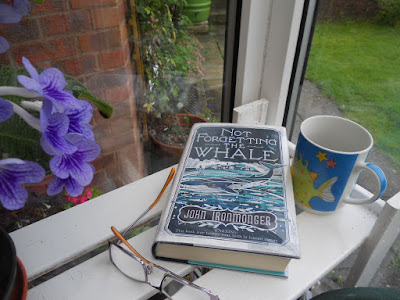 I picked up Not Forgetting the Whale at the library at the end of last week and once I started reading I was hooked and couldn't put it down.  No I don't have the foggiest about stocks and shares nor do I understand economics but this book is about a City analyst who invents a computer programme (you all know that I don't know anything about computers either of course!) which can predict how the stock markets will go and who flees the City fearing a worldwide collapse of civilisation as predicted by the computer programme he invented.

The book can be read simply as a straightforward novel but having finished it I see that it would make a great book for discussion as it incorporates Biblical texts (from Job 41 and the story of Jonah and the Whale which apparently also appears in the Qur'an/Koran), writings by Hobbes in his Leviathan (no I haven't read it and had to check it out on the internet) which is about his ideas of political science back in the 1600's, and speculation about social collapse as in this article from the New Scientist about whether a pandemic might bring down civilisation.

In spite of all this it is at heart an optimistic easy to read book in which society  turns out to be much nicer than anyone foretold.  To listen to an opening extract of the novel click here  And for lots of reviews justGoogle the title.  I am going to reread it before I have to take it back and I'd be interested to hear what you think of it should you decide to read it for yourselves.

Can it really be 5 months since my last post?  Several of my followers and some of my non blogging family and friends have said that they missed me which was most gratifying - thank you all. 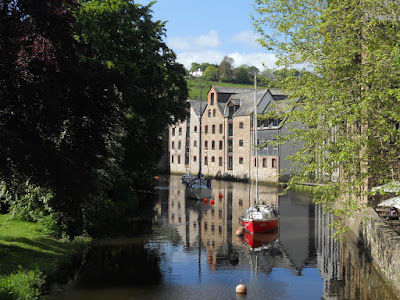 Where have I been?  Well my laptop threw a wobbly and had to go back to the shop still under guarantee.  When I got it back I had lost all my photos (yes I know I probably should have put them on a stick or disk) and everything had been set up quite differently to how it had been before so I was back to square one as I was here.  So as you can imagine I was pretty fed up with the whole idea of computers and blogging and the laptop spend a further few weeks in the cupboard!.  Then by the time I had got it working again I discovered I couldn't access my blog dashboard on the laptop only on Mr M's desktop computer.  Again I thought blow this for a game of soldiers I shan't bother!  But today I finally discovered how to get into my blog on the laptop and here I am turning up like the proverbial bad penny. 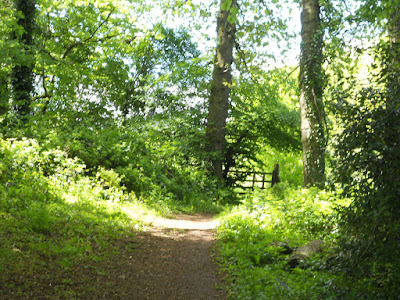 During all these months my blogging mojo seemed to disappear and I felt I had nothing new to say anyway so gave it all a bit of a miss.  I did write the occasional blog post in my head but it never actually got onto the blog!  Whilst I wasn't using the computer I didn't take many photos either as had nothing to download them onto.  It's been quite relaxing actually but maybe the time is ripe for me to return to the fold? 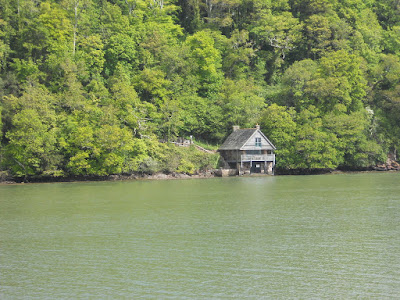 So what has happened during my time in the wilderness?  Well Mr M and I went to London for a few days back at the beginning of May and had a lovely time visiting some of the many gardens to be found in London either on foot or travelling by bus - sadly no photos of this trip since they were loaded onto the computer when it all went pear-shaped. 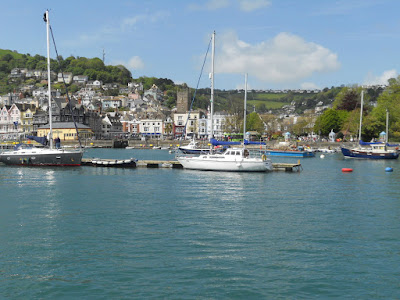 Then later that month I did another bus Pass, Boots and Backpack trip this time staying 4 nights in Totness and going out by bus and on foot each day.  I do have the pics from that trip, some of which I have used to illustrate this post, and will post about it later perhaps along with some other ideas which have been floating round in my brain.. Otherwise it has been life as usual with days here and there and getting together with friends and so on.  We don't seem to have done much proper walking this summer for some reason - must try harder especially with autumn just around the corner.
Posted by Marigold Jam at 18:53 14 comments: