News from the Wanderer arrived this morning:

Just to let you know I am still alive.

I made it to Everest base camp but did not make it to summit of island peak, was about 20 mins away and gave up, the truth is I was terrified but I am using the high winds has my official excuse, guides said they had never seen such strong winds, it was pretty crazy.

I have been suffering with a horrid cold and under something of a grey blanket this week and I can't tell you how much the news has cheered me up!  This is the other side of the two edged sword I wrote about in my last post!!

No photos but if you Google "Everest Base Camp" you'll find plenty though obviously none of the Wanderer!


Is technolgy a double edged sword?  I think e-mails are wonderful and enable me to keep in touch with friends and family without needing to find paper, pen and stamp and then go to the post box and yet........ As you know the Wanderer is away in the Himalayas and in years gone by that would have meant no contact until she got home so I'd be here wondering and worrying (probably no postcards on sale in the mountains either) but with the wonders of modern technology I can receive e-mails from her even though she is so far away for it seems that there is wifi even where she is (though that might not be the case higher into the mountains).  It was wonderful to hear that although she had flown into Lukla airport which is supposed to be the most dangerous and scary airport in the world as the video above will show (if it doesn't play try clicking the bottom left corner or failing that the link instead) she was fine and really enjoying it all so far.  I slept like a log that night.

But then another e-mail arrived yesterday which said that she had been suffering from either a migraine (she used to get these a lot when a teenager but rarely since) or altitude sickness although she was feeling better now, the guide having brought her tea and soup and her trek buddy carrying a small pharmacy with him, and was hopeful that she would be able to continue the trek especially as they were to be a couple of days wherever it is they are now giving her more time to aclimatise.  You can imagine that I was concerned and worried that she might be forced to abort the trek especially as I knew just how frustrated she would be if so.  (I told you I was a good actress didnt I? I personally don't care a jot about her completing the trek of course!)

Now without modern technology I wouldn't have known about any of this and would continue in blissful ignaorance as I wouldn't have known about the airport nor the altitude sickness but neither would I have known whether she'd arrived safely either.  I have a further 3 weeks of worrying to get through till she flies home on 30th!  Yet is she actually any more likely to come to harm in the Himalayas than cycling to work in London?  Can I do anything about any of it?  She is an adult and perfectly capable of making her own decisions and dealing with whatever life throws her way so why are mothers hard-wired to worry all the time - would it be easier if I had several children or would that simply multiply my sleepless nights? 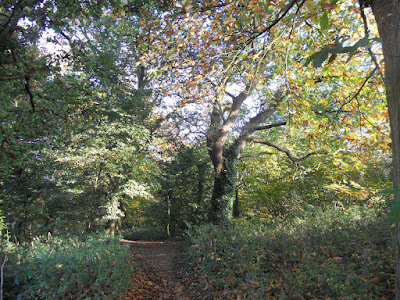 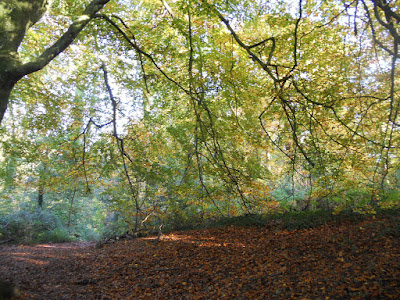 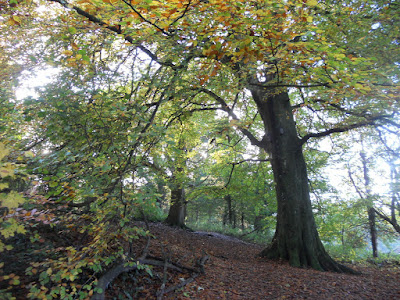 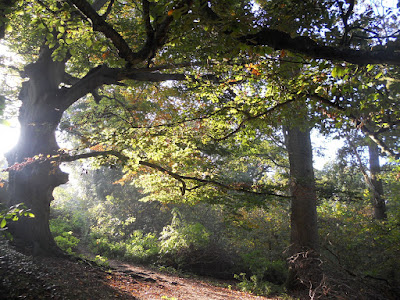 I am learning a lot from her travels though as from barely knowing where Nepal was I now know more about the country, climate, trekking and customs etc having dipped into Lonely Planet Nepal which I got from the library and also reading Michael Palin's Himalaya too.  Now from wondering why on earth anyone would want to go there I can see it might be quite interesting though the long flight from Heathrow (and the short flight from Lukla!), the physicality of trekking for hours along rugged paths, along with sleeping on thin mattresses in tea houses (I know what they are now and have Googled images to see pictures) or as seems likely later on in tents in the freezing cold mean I am unlikely to be following in her footsteps! (I doubt they would accept a 70+ year old trekker with no previous experience anyway)  I will stick with local walks I think as yesterday when I walked through the wood to the post office in the rain slithering about on the mud and needing windscreen wipers on my glasses what a change from earlier in the week when I took the above photos on an earlier trip to post a letter on Monday afternoon.  Might not see Everest on this path but there is no danger of coming face to face with a yeti not of altitude sickness hiking up the slope here!

Thanks for all your supportive comments on my previous posts - glad to know it isn't only me who worries!

When I sat knitting these tiny lace trimmed moccasins whilst pregnant 35 years ago I had no idea what being a mother might entail.  I was not paying attention when mothering skills were being dished out but even had I been I doubt I would have believed some of  the necessary attributes I would need. 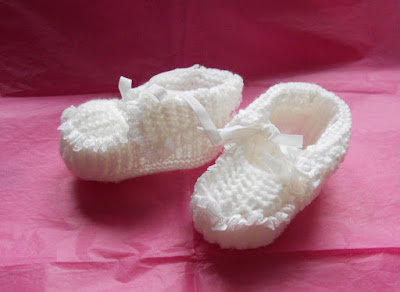 For example I didn't know I would need to be a good actor if  I was to encourage my child to do things she wanted to do whilst inside I wanted to say No don't go there stay home with Mummy where you will be safe!!  As some of you will know I spoke of this back here when the Wanderer wanted to go off to Australia and I am having to do it again now that she is in Nepal and has e-mailed to say she has booked her chosen trek leaving Kathmandu on 5th November for 18 days.  I climb Island Peak and go to Everest base camp, I will be with young Swedish guy for most of the trip, we meet some more people at Island Peak base camp who we will climb with and then from there just me and my guide to Everest base camp. My reply:  Glad you have got a trek booked OK and hope it will prove to be interesting as well as challenging  I have looked up Island Peak - certainly challenging alright but what memories you will have if you make it!  When what I wanted to say was along the lines of come back right now especially once I had checked out the websites here and here. 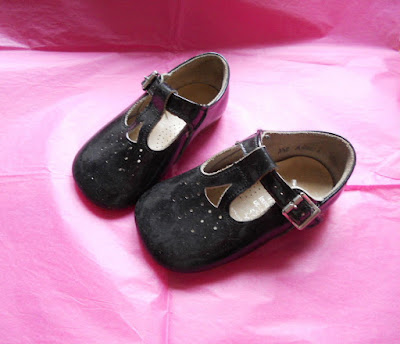 Can the tiny shoes in the above photo once have belonged to the young woman who flew off on Friday by herself to Nepal with a backpack and a pair of hiking boots!  I gather that she met up with some Australians who came from Melbourne, not far from where Mr M's sister and her family live, and went out to dinner with them.  They however have gone off on their trek today leaving the Wanderer to make other new friends.

I met up with an old friend in Bath on Friday and we spoke about our children and said that nobody ever tells you that the tiny little baby in your arms might one day enjoy travelling alone like the Wanderer or like my friend's son join the RAF and have to go to war zones if he is sent or they might want to be and do all sorts of things which we as mothers perceive as dangerous but we have to let them go and all the while encourage them to follow their own dreams even if it means that the sleepless nights we expected when they were babies will never really end as they will always be our "babies"!
Posted by Marigold Jam at 11:15 12 comments: