How was it for you?!

I mean of course Christmas.  I hope that you all had an enjoyable day as did we.

We had a quiet Christmas here just the two of us which in view of the boiler works was probably just as well as I would never have had chance to be baking mince pies and icing cakes and so on with the work going on till Wednesday lunchtime and being followed by my having to put everything back where it belonged and do some chores which I hadn't been able to do earlier, with  Mr M working on fitting the shelves in the cupboard where the boiler is sited which now didn't fit in the same places it was Christmas Eve before we were actually back to normal here.

The Wanderer didn't come this year, she is off to Vienna for the New Year weekend to stay with friends and the trains are always very disrupted anyway over the bank Holiday due to engineering works and so on and she decided to stay at home and is today and tomorrow volunteering to do an afternoon shift (3 - 11 pm) for Crisis at Christmas.  She said she would have done yesterday but there is no public transport on Christmas Day and she didn't fancy cycling home at 11.00 pm especially if it was raining.

Mr M's sister who often comes to us for Christmas also decided to stay at home alone this year and as she had the horrid cold virus I had recently it was again just as well.

We had the little tree decorated and enjoyed a roast chicken lunch using the best cutlery and the Christmas tablecloth we had bought in Germany many years ago and with Mr M's mother's china candlestick in the middle with a gold candle lit.  So it really wasn't all Bah Humbug here at all.

Today though I felt the need to go out for a breath of fresh air and the photos show my walk through the woods and onto the main road where I knew I would find daffodils in bloom.  Fancy coming with me? 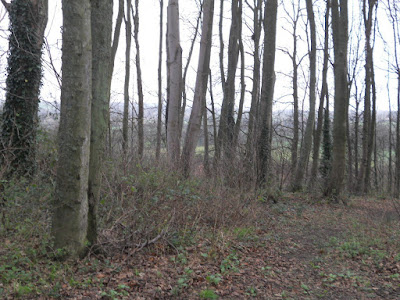 Up through the wood and turn right instead of left as I usually do when going to the post office. 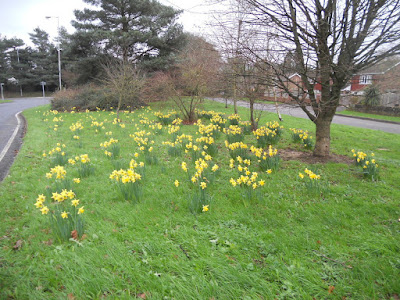 We come out onto the A30 normally a busy road but as you see quiet this afternoon. 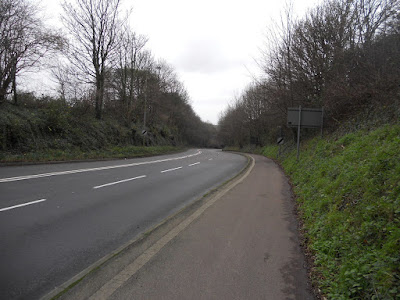 As was the A3088, which links the A30 with the A303 one of  the main routes from London to the south west - I don't remember ever seeing it like this long enough to take a photo! Let's walk down this road...

...as a little further along there are hundreds of daffodils in bloom alongside it. 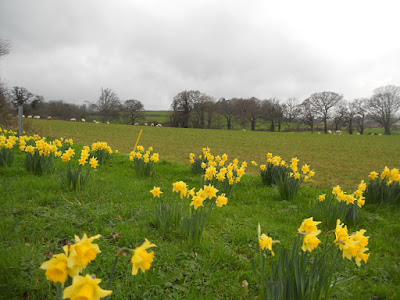 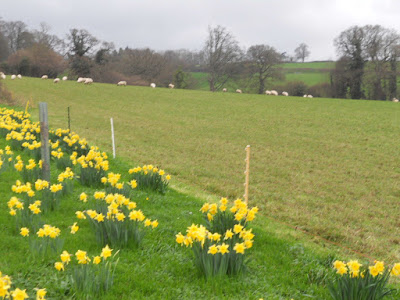 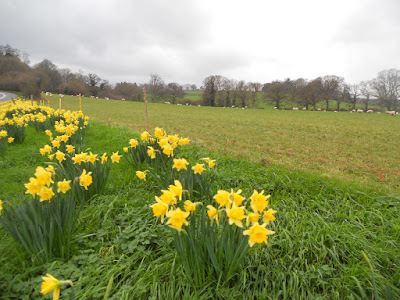 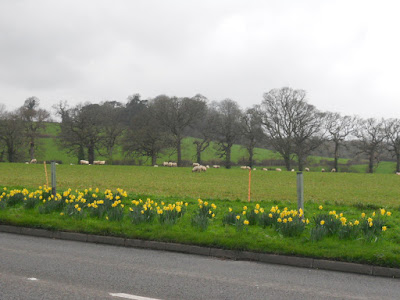 We'll walk back up the road the way we came but on the pavement side this time. 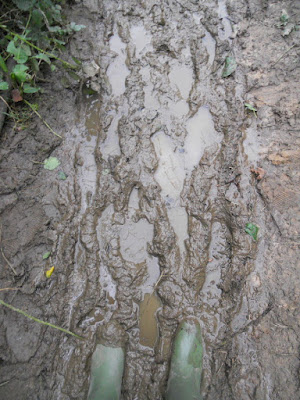 It's very muddy in the wood so it is necessary to wear wellies! 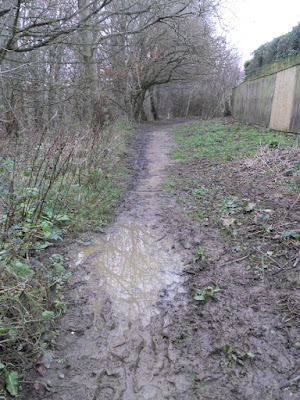 The birds were not bothered though and were singing as if they thought it was spring and the wind was tossing the tree tops .  I tried to film a little video so you might hear the birdsong but the noise of the wind was so loud it spoilt the singing somewhat.  You will have to imagine it for yourselves! 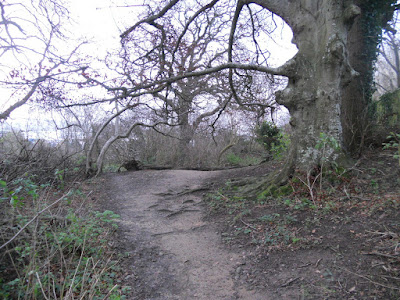 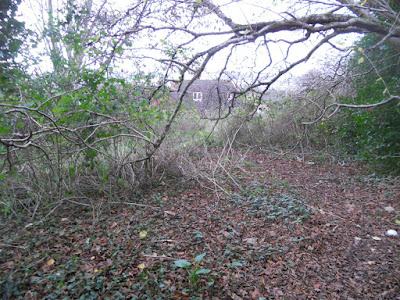 Nearly home now that's my house through the trees... 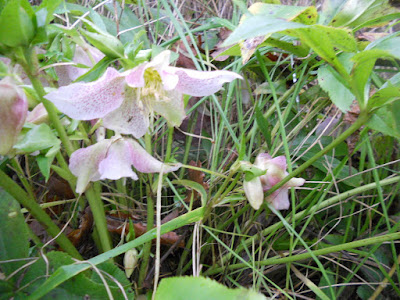 Whilst wearing my boots I decided to have a look round the garden and discovered these hellebores hiding in the undergrowth. 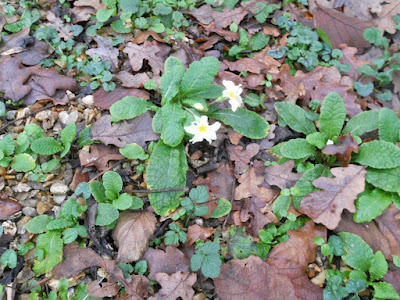 And several brave little clumps of primroses too.  Time now to go indoors and have a cup of tea feeling much refreshed after our walk.  Where to tomorrow?
Posted by Marigold Jam at 17:47